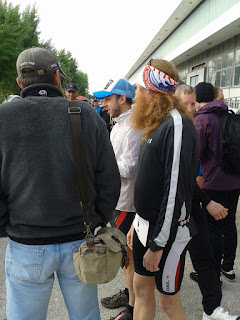 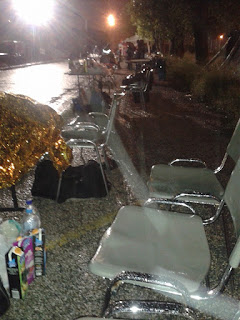 At 19 hours and 20 minutes into the 24 hour race I made a simple decision. I was going to run 2km and no more. I had run through the night, through hard rain and around large puddles on hard tarmac.  The sun was up and it was hot.  I couldn't get a PB or automatic Spartathlon qualifyer so what was the point? I would run 100 miles in under 20 hours and be happy. And that’s what I did. 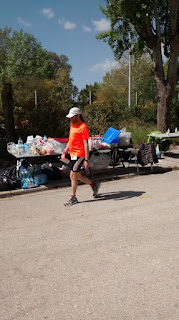 I am happy, not many people can cover 100 miles on foot in under 20 hours. 161km In modern measurements. An achievement and a good one. My motivation was for 216km in 24 hours and as I saw it slip out of reach after starting too fast I reset the goal and decided to leave it for another day. 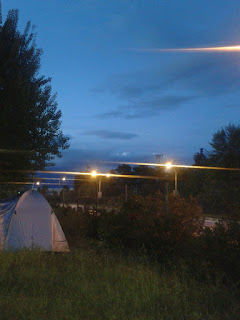 I learnt a lot from the race.  I learnt about socks from the individual bronze medalist in the 24 hour worlds last year. I was fed by my wife and when she had to pop off for children duties for a few hours I was looked after by another member of the GB team from the 24 hour worlds.  They urged and pushed me on with humour, friendship and jelly babies through the whole 20 hours.  The only slight regret was I was letting them and my wife down for stopping, but I was doing it for me. So in all honestly I wasn't not really letting anyone down. 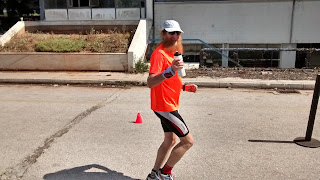 I hold in question my motivation. In 2012 I attempted my first 100 mile ultra. How hard can it be? I pulled out at 76 miles a total wreck. My hips were hurting for days as were my legs.  The fact I had failed for the first time spiked my interest. This was hard. This was worth doing.  I waited a year and trained as smartly as I could. I reran that race and finished it.  It still hurt, but I gutted it out, through snow and floods to finish in 27 hours.  It was and is a high spot for me. Something I remember with every race I do. 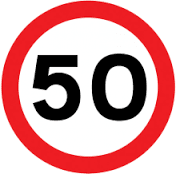 Athens 2016 was supposed to be my automatic qualifier for the Spartathlon.  2016 is my 50th birthday. As more and more people want to run the Spartathlon the race now requires a lottery.  I entered last year not expecting to get pulled out of the lottery.  My cunning plan was to have 2 tickets in this year.  However I got drawn. With my cunning plan foiled I decided to go for it a year early. If I failed I would learn. Maybe this was a mistake. Even the slightest doubt in an ultra will let you give up easier than you should.  I didn't make it getting timed out at 106km.  I also didn't get drawn this year.  So I hatched another cunning plan to auto qualify and avoid the draw. In 2015 I ran 202km in Athens all I needed was another 14km in 24 hours. How hard can it be? 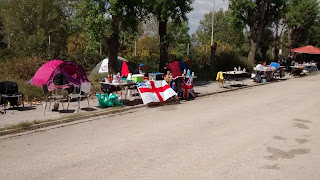 I was looking forward to the sun coming up. The night was cold and wet. When it did it didn't hold back. I remembered the heat at Spartathlon. I remembered the heat at Olympia to Nemea. A race I pulled out of at dawn, unable to face another day of hot sun!  I question my ability to run through a second day at Spartathlon and through the heat. I ask myself do I really want it bad enough.  I have to look at my first 100 mile attempt and the reason I run.  I run because it is hard. I run far because the impossible becomes possible.  I need to finish the Spartathlon because it is hard!  That sets my plan for the next year. By the end of February 2017 I must have a 24 hour 216km result or a 16:40 100 mile result. Both are tough goals to reach. Both are hard, but that’s why I run. 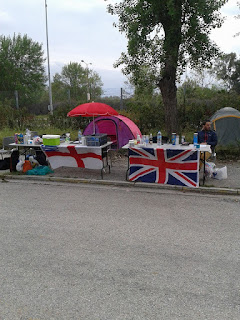 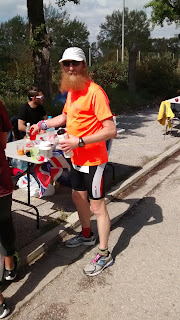 A special thanks to Maria, Dan and Robbie for looking after me.
Congratulations to James